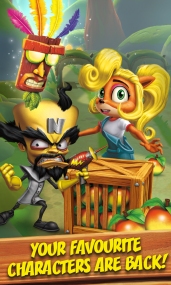 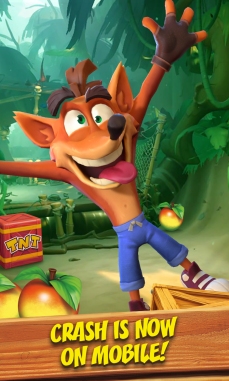 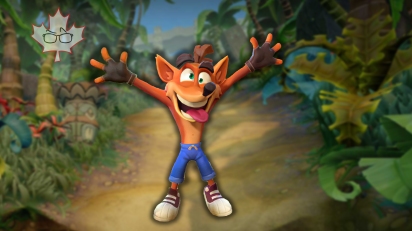 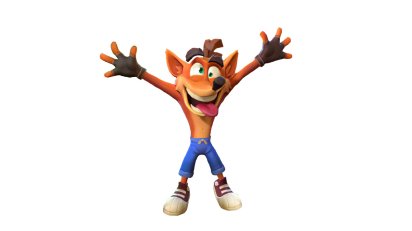 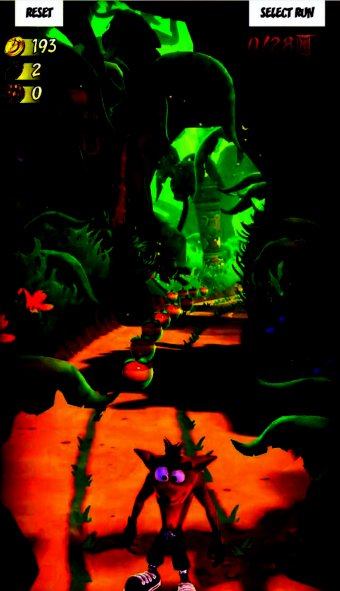 Update 2: According to an unnamed source, the suggested name for the game is “Crash Bandicoot: On the Run”, with some additional screenshots from Canadian Guy Eh (via his new video).

Update: The link for the survey has been taken down and now redirects to Google instead.

NOTICE: This is not the rumoured or speculated next mainline title.

After some inspection and research done in collaboration with JumpButton (you can read more information about that in the other Twitter thread on how it came to be), it has been revealed that the supposed mobile game that was being floated around as a survey ad on Facebook around the end of November and beginning of December, is indeed happening as per Activision’s announcement today regarding King’s utilization and testing of other IPs from the publisher. Also, this is like the first new mobile game in like 10 years, since the release of Crash Bandicoot Nitro Kart 2 on iOS, among the other titles that might’ve not known even existed (Twitter Thread, Crash Mania). Anyways, this is a bit new so let’s try to get into the chase, shall we?

In addition, here’s the description of the game:

Calling all Bandicoots! Crash is back, this time on mobile! Embark on a brand new adventure with your favourite characters and put a stop to Dr Neo Cortex’s evil plan to destroy the multiverse!

In this new episode, Dr Neo Cortex dispatched mutagen henchmen across the multiverse to enslave all dimensions. With the help of his spirited sister Coco, Crash must strike and bash Cortex’s minions back to their own worlds!

Get ready to umph and wump your way into madness with this new Crash game!

THE MOST ICONIC 90’s CHARACTER IS NOW ON MOBILE

Everyone’s favourite bandicoot is back, this time at the swipe of your fingertips! Join the fight with Coco and Aku Aku to defeat Dr Cortex!

DO THE PERFECT RUN

– Jump, slide, spin and surf on the iconic tracks of the Wumpa Island
– Collect as many Wumpas as you can
– Spin through crates for special rewards
– Avoid TNT crates otherwise… BOOM!

– Put on your running shoes and spot all the secret hideouts
– Smack down crates and get to new tracks for exclusive challenges!

BUILD UP YOUR BASE OF OPERATIONS

– Unlock key buildings and create an arsenal of weapons
– Grow and harvest crops to produce powerful serums
– Access the Wumpa volcano to collect Blaze pods!
– Repair the Space Rocket and fly to the Space Station!

TEAM UP WITH COCO TO SAVE THE MULTIVERSE

– Locate Dr Neo’s minions thanks to Coco’s machine
– Load up with your serums, bazookas and rayguns!
– Go on the run and bash the evil henchmen back to their worlds!

“Crash Bandicoot: On The Run (Mobile)” has soft-launched on Android, with a beta on iOS (Website): 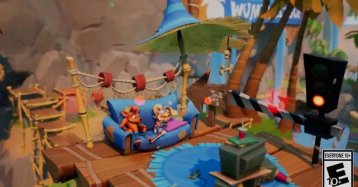